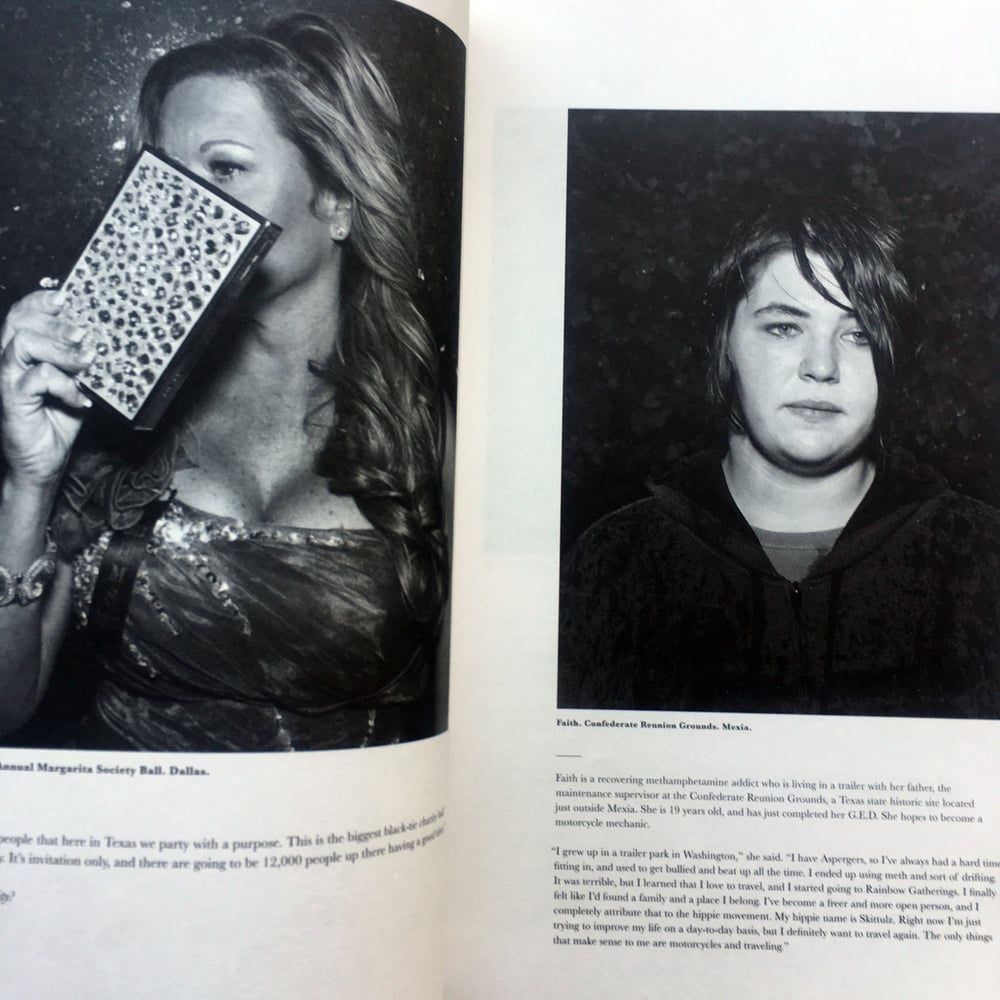 One of the very sought after publications by photographer Alec Soth and writer Brad Zellar for the 'LBM dispatch', a series of large format zines exploring different US states, from Texas to Ohio or Michigan. 'Texas Triangle' is the sixth issue of the LBM dispatch.

The LBM Dispatch was on the road in the Lone Star State, exploring the people, places, and mythology of the megapolitan area known as the Texaplex. The results of those travels is Texas Triangle, which includes pictures and stories from the 50th anniversary of the J.F.K. assassination, Texas high school football playoffs, Thanksgiving in Houston, the birthplace of Jack Johnson, and the State’s 16th (and final) execution of 2013. Out-of-print, this is a delicate and poetic large format zine mixing writings and texts.